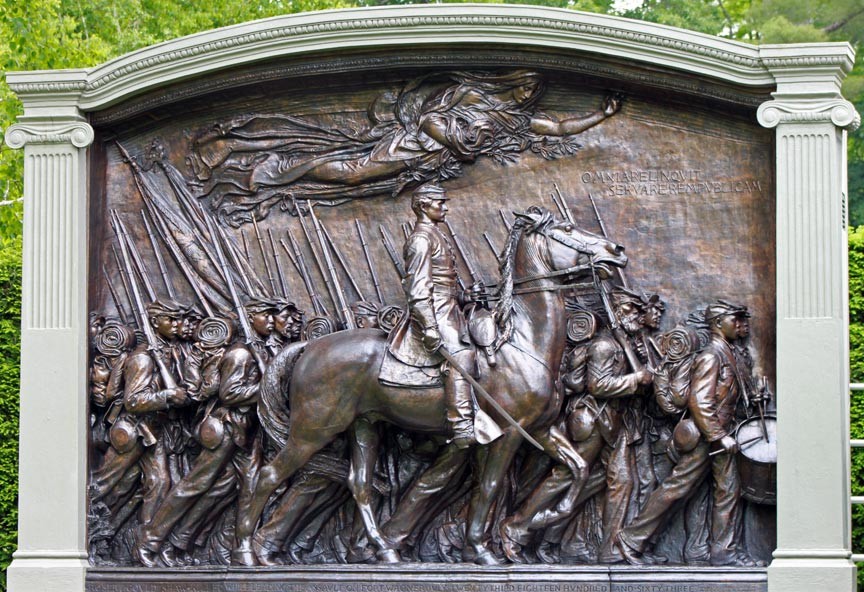 Saint-Gaudens National Historic Park is is New Hampshire’s only national park and, as one of the least-visited parks in the country, apparently somewhat of a secret. Come see what you’ve been missing!

You may not recognize the name of Augustus Saint-Gaudens – but you’ll undoubtedly recognize his work. Saint-Gaudens created over 150 works of art in his lifetime, many of which remain iconic: The Shaw Memorial, Standing Lincoln, the Sherman Monument, the $20 Double Eagle gold piece. The list goes on and on.

Most of these famous pieces can be found in galleries and public spaces around the world … or just a short drive from our Woodstock B&B, in Cornish, NH.

Augustus Saint-Gaudens (1848 – 1907) was an American sculptor primarily known for his Civil War hero monuments. Saint-Gaudens National Historic Site preserves the sculptor’s home, gardens, and studios. The estate was just his summer home from 1885 to 1897, but became his residence from 1900 until his death in 1907. END_OF_DOCUMENT_TOKEN_TO_BE_REPLACED